If you guys had the chance to try out Colorverse inks and Raypacks (I also handed out a few at the last pen meet) could you share your experiences with them?

I’m talking via e-mail with Colorverse and they’re very eager to know what people in the EU think of their products. All and any feedback is greatly appreciated!

@pennonia, since you ask…
I have a few words for Colorverse. My experience has been rather frustrating, so get ready for a little rant

I tried samples of two or three Colorverse inks. I liked how saturated the colours were and that they had a good flow. The problem was availability. I got samples privately, then could not obtain a bottle.

There was only one shop stocking Coloverse. They had sold out. They did not get any more in stock, even though the inks are being re-ordered outside Europe. One year later, other EU shops are getting them. This is my first example of my frustration with limited availability due to exclusivity contracts with certain resellers.

What I did not like was that it was not possible to get Colorverse ink samples from shops that specialise in ink samples. I remember one shop being asked by Colorverse(!) to cease selling samples. At this point it was not possible to get samples of the inks I wanted anywhere in Europe, that I am aware of. The only way was private exchanges. But that would be frustrating if you then cannot obtain a bottle of ink you like. This all was due to some sort of exclusivity deal. That is not customer friendly of Colorverse.

It does not help Colorverse get their inks into people’s hands. Exclusivity is not good for customers or for the manufacturer. The only party that benefits is an individual reseller. For customers it means having to pay additional shipping at the shop with exclusive distributorship.

There is a lot of competition in the ink market now. Making it more difficult to obtain, or unwillingly causing an increase in shipping costs, is not going to help any manufacturer. Shipping costs increase because customers have to go to one specific shop for Colorverse inks, instead of buying them together with other things elsewhere.

Most people like to try ink samples before buying bottles. Colorverse needs to get their inks into more shops in Europe, maybe ask sellers to offer samples. Ink samples are the kind of thing people add to cart because the weight doesn’t usually affect shipping.

Colorverse inks are at the high end of the market. The competition like Sailor, Pilot, Robert Oster, Mont Blanc, all have very good distribution and are easy to get as samples from many places.

In contrast, Colorverse is difficult to obtain in Europe, and means investing in a bottle that you have not sampled. So only few people do that. It’s probably not going to change until Colorverse inks are more widely available.

@marcus thanks for the reply. I’ll let them know.

With regards to stock, things should be more easily available in the upcoming months since they are setting up a distributor in Europe. It was probably expensive and a hassle to order directly from S. Korea that’s why shops are badly stocked. I think Colorverse may have also gotten stretched too thin and couldn’t focus on all the continents at the same, but who knows.

I also brought up ink samples with them, even suggested that they produce Raypacks of all of their inks. We’ll see what happens, but yeah I was also suprised when I went to fountainfeder and tintenprobe and couldn’t find any samples.

I’ll update with a response when I get one. Thanks for the feedback!

What are the Raypacks exactly? I guess they are some form of sample. Do you have a photo?

Another thing I would recommend to Colorverse is to copy what Pilot has done with their Iroshizuku mini bottles. You can get three mini bottles in a box, and freely select which inks! This would fit perfectly since Colorverse already has mini bottles. This is a relatively recent development from Pilot in Europe. 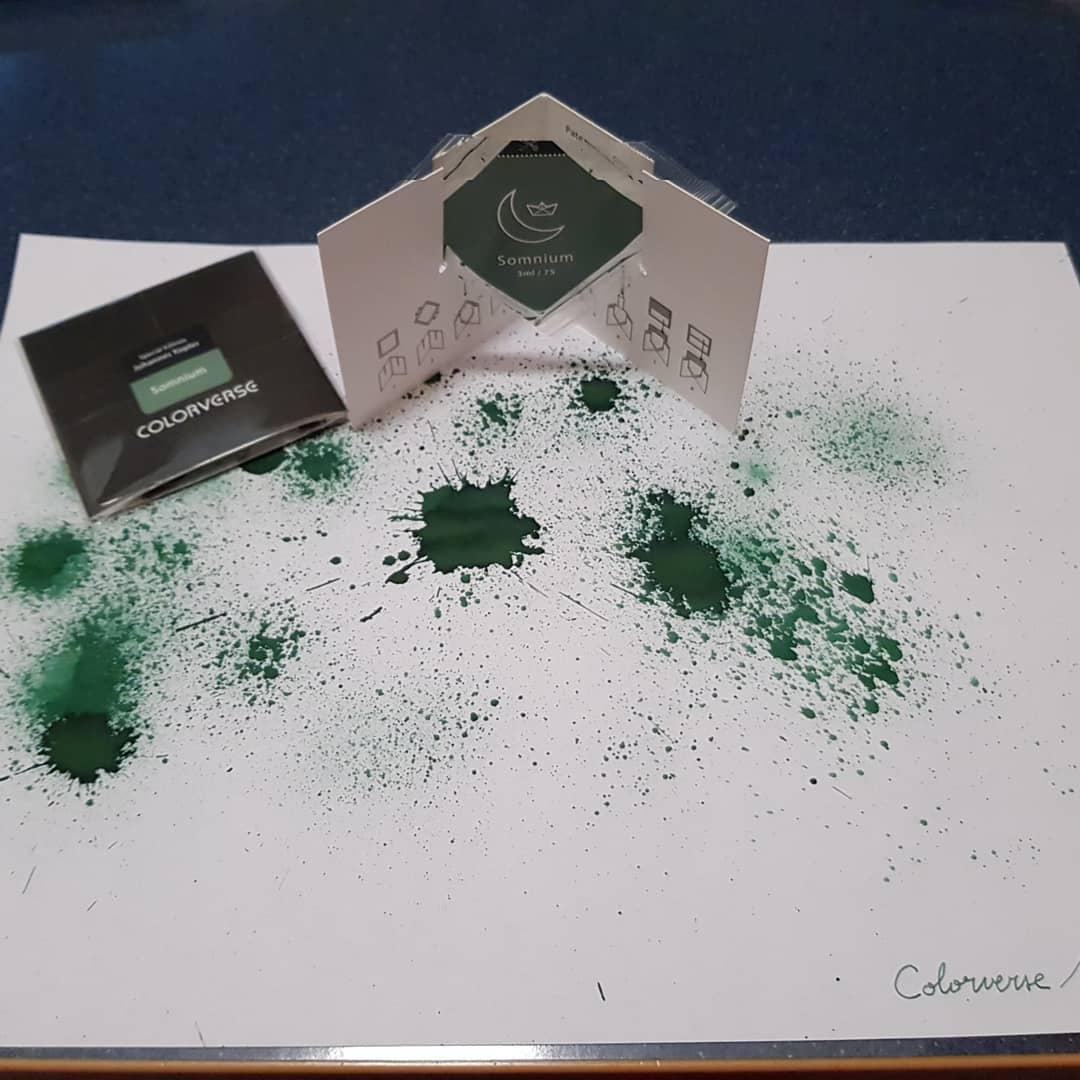 Raypacks are what they call their samples. It contains about 3-4 ml of ink.

I’ll forward your other suggestion as well.