Has anyone used Saarpen Inks?

Are any of you familiar with the inks by Saarpen? They are mixed by a pen turner in Germany from inks made by an undisclosed, large German manufacturer.

The light purple/violet colour Ottweiler has no shading, but reminds me very much of Iroshizuku murasaki-shikibu. And it costs €4.90 for 40 ml.

The other one I tested was the Orange Völklingen. I hoped it would be a bright orange, but it dries very quickly to a dark burnt orange. I wonder whether they sent me the wrong one because the one I had looks more like their St. Ingbert. However, with really nice shading.

I don’t like the plastic caps on the glass bottles because, well sort of ugly plastic, but also they don’t seal. However, they have lots of other glass bottles in the store. Including basically the same type glass as Pelikan 4001. They did not ship the inks in those bottles, but put them in well sealed plastic bottles and included the empty glass bottles.

Click the main image on the product page to reveal the second one showing all the ink colours.

They also offer to create a custom colour for you. 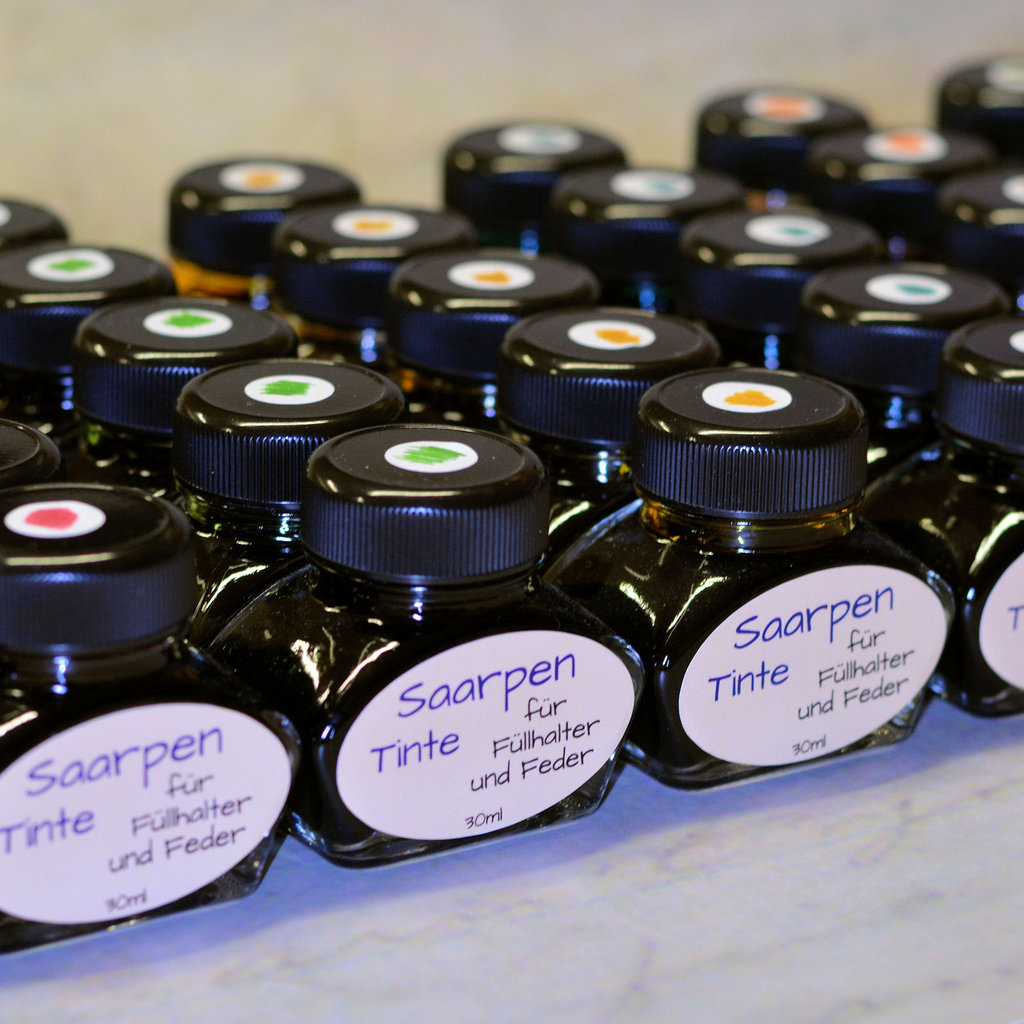