Today I received this tiny pen from my favourite eBay seller office_supplies_pen. You can think of it as a Parker 45 that was cut of to make it smaller. It’s one of these pens that’s only useful when posted. Just a bit cheaper than say @danielb’s PG Mini.

Oh, and don’t be fooled by the cartridge. That is not standard international, but a bit bigger. As far as I know it’s however the standard size/form used in China so there should be no shortage of cartridges for this pen.

All in all, I love it and I may need to buy the other two colors as well. 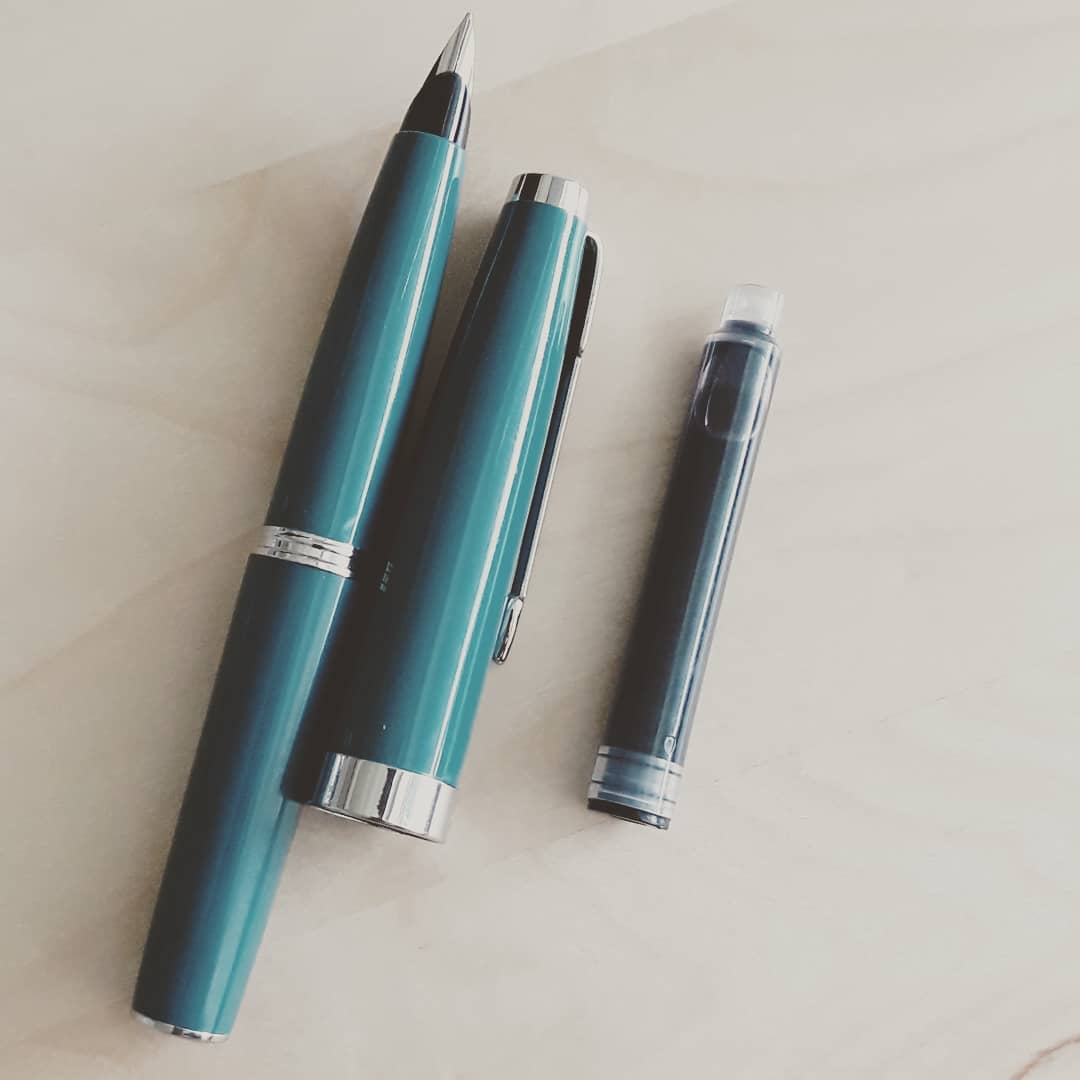 I´ve been always unsure about pocket and small pens, just like last time, when Orsi handed me the kaweco sport and I thought for a second, wow, I could live with that, and then, a while after Dani allowed me to try the Visconti Homo Sapiens Dark Age, and I was totally blown away by the size and weight, and I have to admit, I will always prefer bigger and heavier pens, considering their feel in my hands.

I’m a big fan of pocket pens. That one is even smaller than a Kaweco Sport. As is the Moonman Wancai. Let’s see how my holiday will go where I’m planning to only take a Diplomat Excellence A+. That’s quite a massive pen by comparison!

Nice looking pen and very similar to a 45. What type of nib does it have and how does it write. Also, is there a mini-converter available for the pen?

After cleaning the pen with soapy water the nib actually works.

I believe Parker tried to produce in China at some point and therefore this pen is actually 100% (99% ?) compatible with actual Parker hardware. I believe all parts on the bigger model are actually exchangeable with the “real” Parker 45. Anyway, it writes smoothly and fairly wet, but I believe the cap seal isn’t that great so you have to use it regularly. Otherwise it takes a while for it to flow nicely again.

As it’s such a small pen no converter will fit. So you have to use the Chinese cartridges (like the Hero ones) or the Parker Mini cartridges (although I haven’t tried those myself). In the end I will probably just refill the cartridges like I do with my Kaweco pens.

@Muszga Kaweco has those AL pens, they are def heavier.

I have a pen I inherited which is slimmer and smaller than my Kaweco and I like using that too, unposted.

but I do have small hands, so it’s not a big deal for me. Quite literally.