I was a bit on the fence about it, but when I saw it in person I was sold.

Intersting side note is that I got a converter with it also, but it doesn’t fit 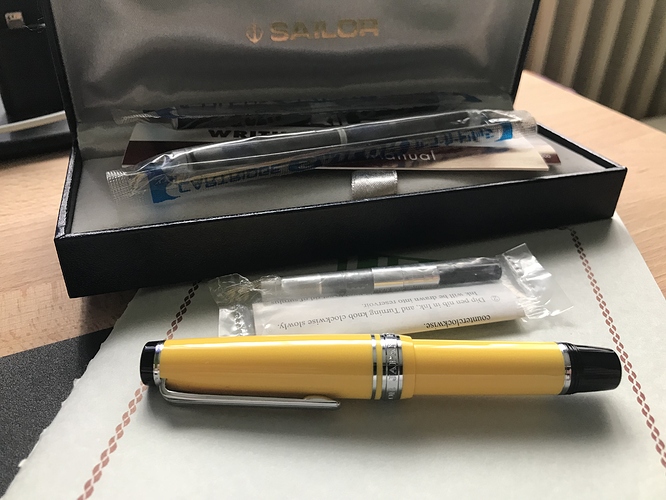 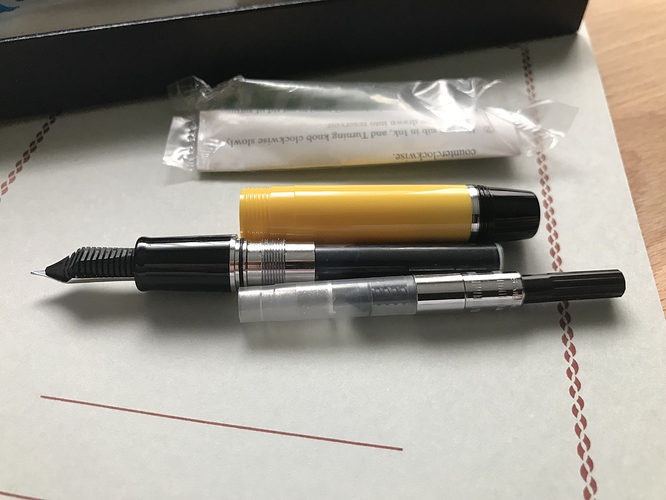 That is a really cute pen Daniel! I’m a big fan of tiny pens (I love my Kawecos and TWSBI Minis) and I’m sure that would be a pen for me if I weren’t on a buying freeze right now. I’ll just have to wait for the Chinese knock off to come out.

It would be interesting if the Chinese makers made a knock off, even Sailor doesn’t make these anymore

There is a local store that have a couple of them left, I’m sure their will still be some left for after the freeze ends.

Out of interest: What do these pens go for?

144 EUR for the 14k PG Slim Mini model.
I would like to get the 21k Pro Gear Mini model also, but have no idea where to get one.

So that’s a bit above impulse buy.

I was eyeing with it for a while now.

There is the “Lingmo Lorelei” which is a Chinese knockoff of the Sailor ProColor 500. Leo Fok has a YouTube video comparing it to the original…and he likes the Lingmo. I found it for about €10. It writes well.

But isn’t the Lingmo Lorelei (and the Delike New Moon) a copy of the PG Slim? This here is the Slim Mini which I believe is even shorter than standard Slim.

Damn, now I’m looking at the Lingmo Lorelei (esp. the aluminium ones) on ebay.

Both Lingmo and Delike decided to make copies of Sailor pens. Pro Color and Pro Gear respectively. Leo shows both in his video.

I do love my Delike New Moon (v2). I had to work on the nib a bit (as with basically all of the Delike nibs) but now it’s one of my favourites. The bent EF nib is super nice once tuned and the M nib also isn’t bad.

What length is the delike new moon unposted? It seems to be a carbon copy of the pro gear slim so presumably the same length of 109mm? It looks quite short. Is it the same as a Pilot Prera? (~110mm).

It’s 120mm from the tip of the nib so a bit longer. I guess I’ll have to get a Pro Gear Slim to compare.

Oh, I didn’t expect the Delike to be 10mm longer unposted. The Pro Gear Slim is only 110mm unposted from the nib. I checked a few different sources. That’s very short. Here’s a comparison of a Prera with a Kakuno nib (~109-110mm) in comparison to an Al-star.

I don’t think @danielb mentioned it, but I read that the cap on the Sapporo Mini has an extra thread for posting. It securely screws on to the end of the pen when posted. Like many other pocket pens do. That’s an extra little feature.

Yes, I didn’t mentioned that, but it’s really needed because it would be unusably short unposted

What I found interesting about this feature is that a screw fit for posting can change the way the pen feels. I don’t have a Kaweco Liliput, and I’ve only seen it in videos. The Liliput extends by screwing the cap on to post it, unlike the Kaweco Sport which is friction fit.

The design decision is interesting here. Is there a certain length of pen body which makes it necessary to screw-fit the cap on for posting instead of the usual friction fit?

@danielb, what length is the PG slim Mini from the tip of the nib? The PG slim is 110mm and the Liliput is only 87mm.

Maybe it’s because you can make the pen even smaller with “screw to post”? I mean, you only need a few mm on the Liliput (great pen BTW) and on top of that the cap doesn’t need to be wider than the body. So maybe it’s more about the looks after all?

I think it’s mainly a design decision. Capped both the PGS Mini, and the Kaweco Sport are almost the same length, the Kaweco just has a longer cap, and barrel, and posts deeper: 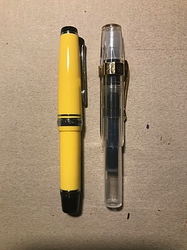 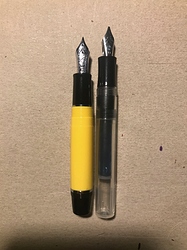 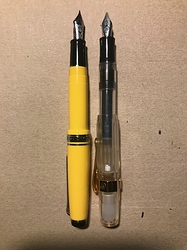 If I measured it correctly the PGS Mini is 94mm long unposted
I compared the PGS to the PGS Mini: 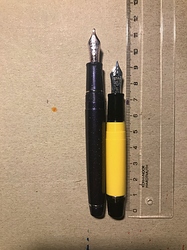